When I taught myself to crochet all the books I found taught me how to start a new row/round with a turning chain and to end each round with a slip stitch to the turning chain. It’s easy and it’s fast, but it can look rather bulky and not especially neat, and it really only makes sense to use this way if you’re working in single colours. If you are working in rounds and starting each round with a new colour it makes much more sense to start and end with standing stitches and invisible joins. It doesn’t take very long and it looks seamless – it’s almost impossible to see which stitch is the standing stitch. It does mean that you’ll have to sew in the ends as you go along, but, quite frankly, when you have finished you’ll thank yourself for this!

Make a slip knot and place the on hook. Yarn over hook (yoh) once and hold both loops on the hook with the index finger of your working hand. Insert the hook through the stitch, yoh, and pull yarn through stitch. (You should hold the yarn on the hook with your finger at all times.) You now have 3 loops on the hook. (Yoh and pull through 2 loops) x 2. Standing treble crochet/double crochet is now complete. The principle for making any standing stitch is the same – the slip knot on the hook replaces the loop from the last stitch and you just proceed as usual, but with a bit more care so as to keep the yarn around the hook. 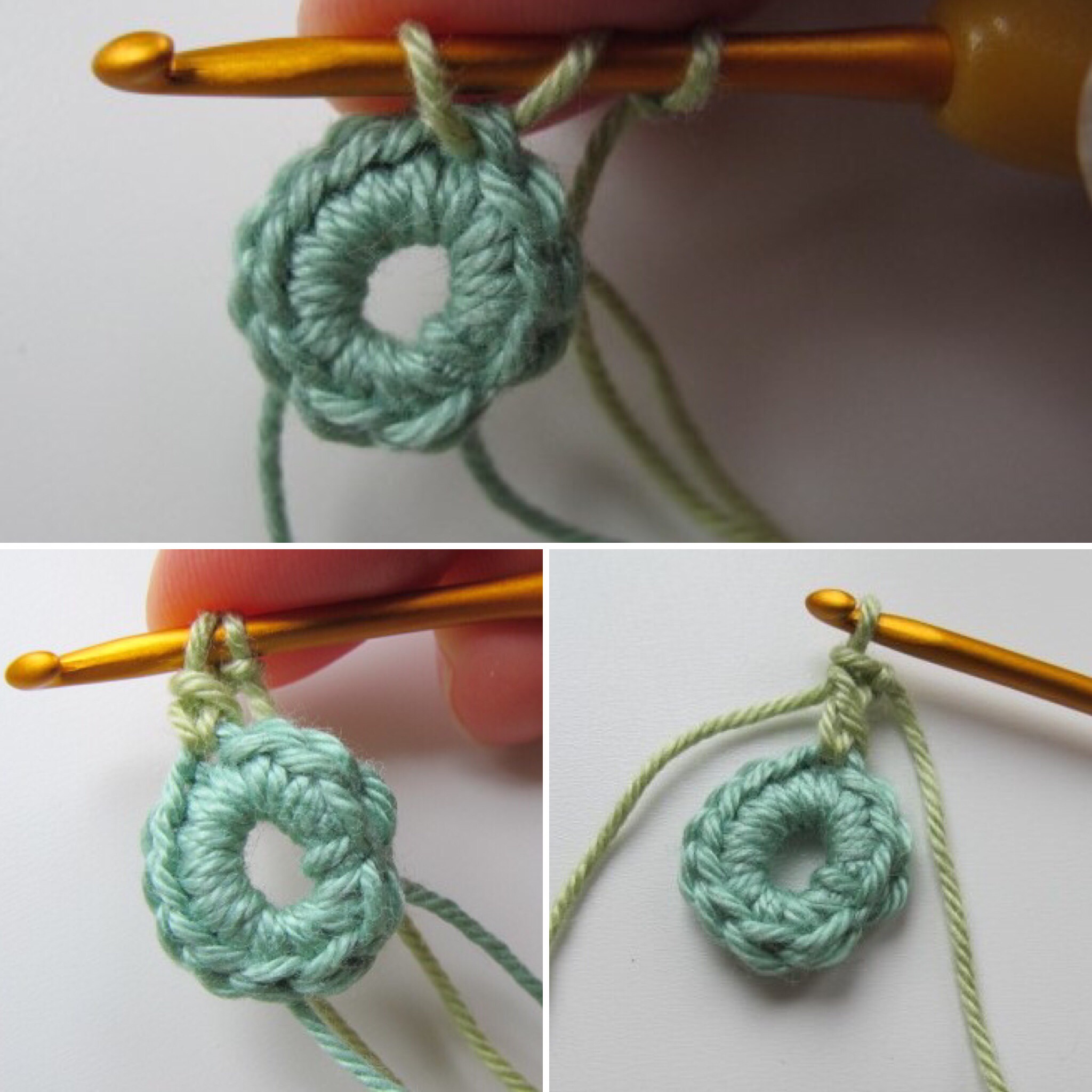 Making an invisible join:
When you have completed your last stitch cut the yarn, leaving about 3-4 inches (8 – 10 cm) and pull the yarn out through the loop. Thread the end onto a darning needle and locate the 1st stitch after the standing stitch. Insert the needle from the front underneath both loops of the top of the stitch and pull tight (but not too tight). Now bring the needle up and insert it from the top into the middle of the last stitch of the round. Pull it so tightly that the loop you have created resembles the other stitches. Sew in the end.