I wrote about FATW first back in March when the CAL was launched to celebrate the 1st Anniversary of the Facebook group ‘CAL – crochet along’. We are now nearing the end of this amazing CAL and it has been an absolute pleasure to be a part of both a designer and a participant. Since joining I have learned quite a bit about CAL’s (this is my first one) and the whole process of testing and translating – and I joined the group’s team for translating patterns from US terms into UK terms and vice versa. For those who don’t know, CAL stands for Crochet Along: a designer (or in this case several) releases a pattern or project in stages and people follow the process and ‘crochet along’ each week.

It is my humble opinion (inexperienced with CAL’s as I am) that if you are only going to ever do one CAL, this one should be it. I know from comments in the group that quite a few people dropped out relatively early on as it became evident that not all squares ended up with the same final measurements. This is the result of there being so many different designers using different yarns, hooks, and whose tensions vary. However, I would choose to see this as a learning experience rather than a problem. It gives you the opportunity to experiment with how to even out those differences (add a round here or cut out one there) and to practice awareness of your tension and work as you go along. There will also be guides from designers when the pattern for the last square has been released on how to solve the problem.

So apart from this, why would this be the best CAL ever to do? Well, for one, as there are so many different designers who all write out patterns in slightly (or very) different ways it is a brilliant opportunity to practice becoming confident enough to tackle any crochet pattern – no matter how complex the instructions may look at first glance. There have been patterns in this CAL that I really had to study closely in order to understand them and I’ve had to remind myself again and again to always pay close attention to the beginning notes and not just jump straight in as I have a tendency to do – they are there for a reason!

The CAL is also a great way to practice not only the basic crochet stitches and the various ways to combine them, but also a myriad of special stitches or techniques as most of the patterns use at least one. Here’s a little tour:

Several of the patterns use front post stitches to give texture and shape to the square: 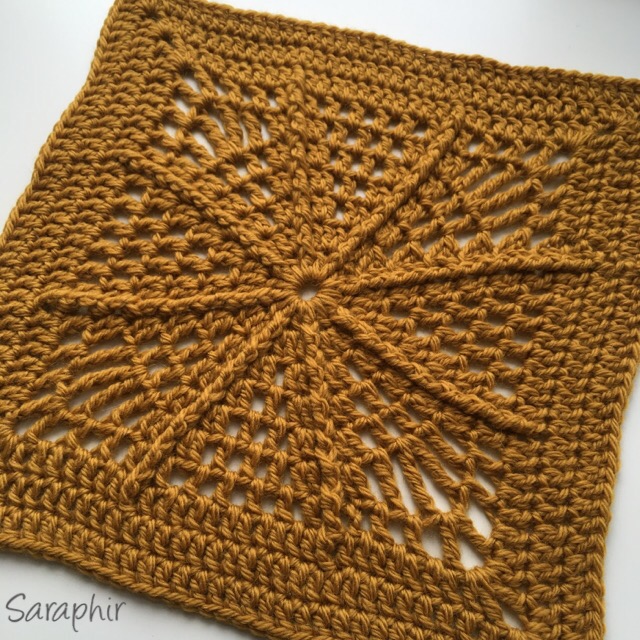 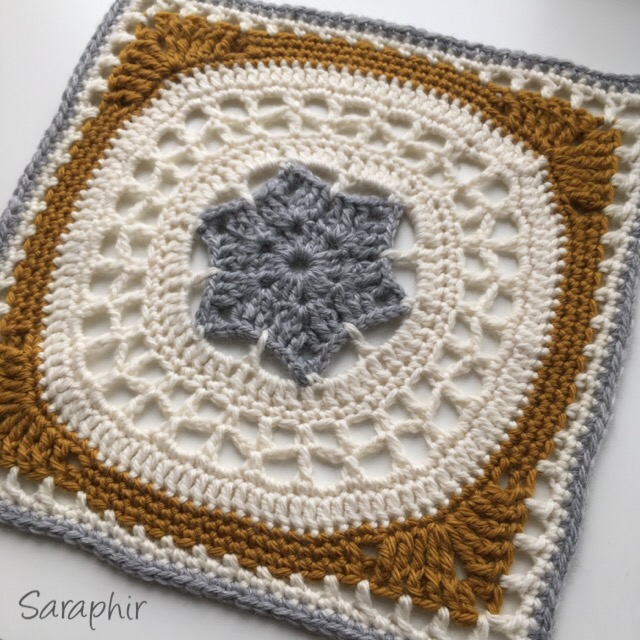 And several of the patterns use back post stitches to create outlines and colour play: 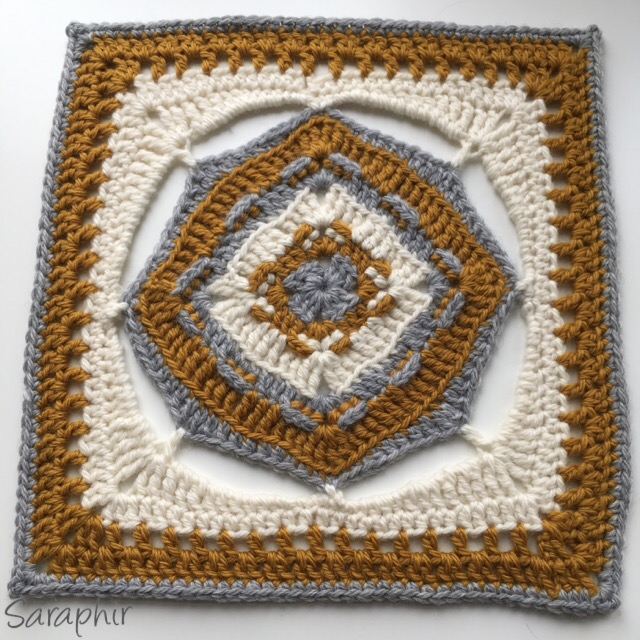 Stephan by It’s All in a Nutshell 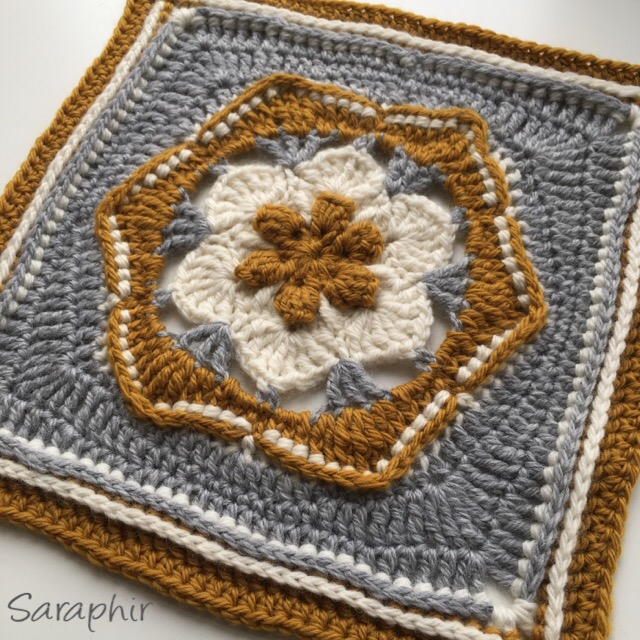 Textured Heart Square by Emily Franks is a brilliant way to practice front loop and back loop stitches and Kerrie Stinson’s Double Crossed is good for becoming confident at crossed stitches.

Several squares use clusters of several stitches to create texture as in Chihuara Allen’s lovely Origami Flower and my own Sapphire Dream Square:

Then there is the spike stitch as in Spiked Punch by Polly Plum of Every Trick on the Hook and the Puff stitch in Compass Points by Sandra Paul from Cherry Heart.

Andrea by Carolyn Christmas of Pink Mambo introduces you to the berry stitch (as does her other square, Melanie).

And finally, in Just for Fun by Lynda Hernandez you get to practice both back loop stitches, back post stitches, pearl stitch and what I would describe as overlay technique, creating a stripe effect in the border of the square.

All the squares pictured are made by me in Drops Alaska and a 5mm hook. There are many more squares that I could have shown and some that I haven’t made yet – I got a bit behind lately (4 still to do and 2 that I decided not to do) and have been steaming ahead lately to catch up! I’ll be posting more photos later as well as a guide to how I have dealt with the size differences.

You can find links to all the patterns on the CAL blog.

I hope that if you haven’t already started this CAL that you have found some inspiration here to get going!